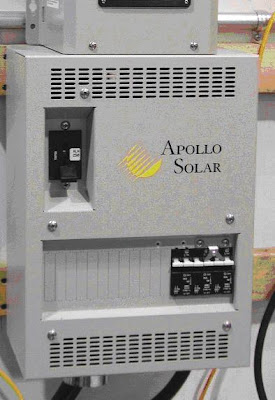 Apollo Solar has been awarded a contract from the Department of Energy to develop a “smart grid tie solar inverter” The goal of the program is to allow solar photovoltaic systems to be more integrated to smart energy systems for homes and businesses. Compared to a standard grid tie solar inverters the new smart solar grid tie inverter that Apollo Solar is developing today focuses on intelligent system controls which improves the power quality and reliability, increases integration with the existing U.S. electrical grid. The objective of the smart grid tie inverter is to give the solar electric system owner the ability to plan and control the use of power.