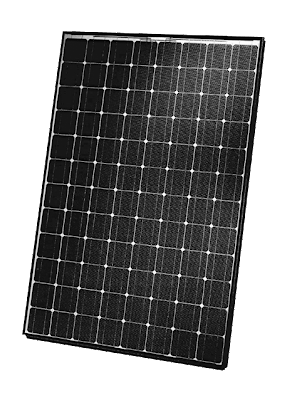 You have to think of the performance of solar panels like cars, obviously a Porsche 911 will outperform a Toyota Corolla. There are five major factors that contribute to how much electricity a solar panel will produce, understading the factors below will help you get the most performace out of your solar panels.

The material of the solar cell:

Pretty obvious? The brighter the sun the more you will produce, quite simple. Technically as solar radiation decreases the solar panel’s current output will decrease as well, although the voltage output of the solar panel will not be affected as much by the intensity of sunlight.

The temperature of the cell:

The ambient temperature has a significant effect on how much electricity a solar panel will generate. During the hottest days in the summer, when the intensity of the sunlight is the brightest, common sense tells you on those days you’ll be producing the most electricity. Although that is far from true, the hotter solar cells become, the less efficient a solar panel becomes, silicon does not perform well in high heat.

Heat is a electrical resistance to the flow of electrons within a solar panel. If your solar panels are mounted on top of your roof, airflow around the solar panels are very important to keep them cool. Ground mount and pole mounted arrays have less of an issue with airflow. Sanyo solar panels are unique because they have a higher temperature coefficient which enable Sanyo to outperform competing brands by 10%.

Have you ever broke a one light bulb on a string of Christmas lights? Typically, when you break one light bulb, the a whole row of Christmas lights will go out. Even if one solar panel in a solar array is partially shaded the performance of the entire system will decrease significantly. It’s important when you install solar panels to be aware of buildings, trees, chimneys, vents and other issues that could become a shading issue in the future before you install your solar panels because the return on investment of your solar electric system depends on it.