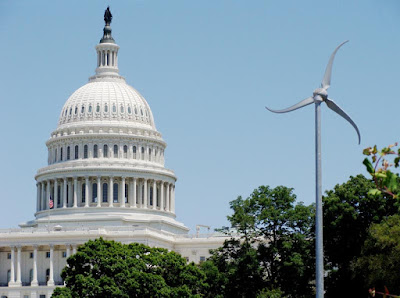 Andy Kruse, founder of Southwest Windpower fought tirelessly in congress to make sure Small Scale Wind Power Systems were included in the extension of the renewable energy ITC. The result of the legislation’s success will provide thousands of new jobs and harbor an environment which would generate a 40% annual growth rate of the small scale wind industry. To you, the person who is considering a small scale wind turbine like the Skystream 3.7 the new tax credit reduces the total upfront cost of installing a small scale wind power system, making the technology more affordable for people in the USA. What do you think about this legislation? Will it entice you to produce your own clean energy?