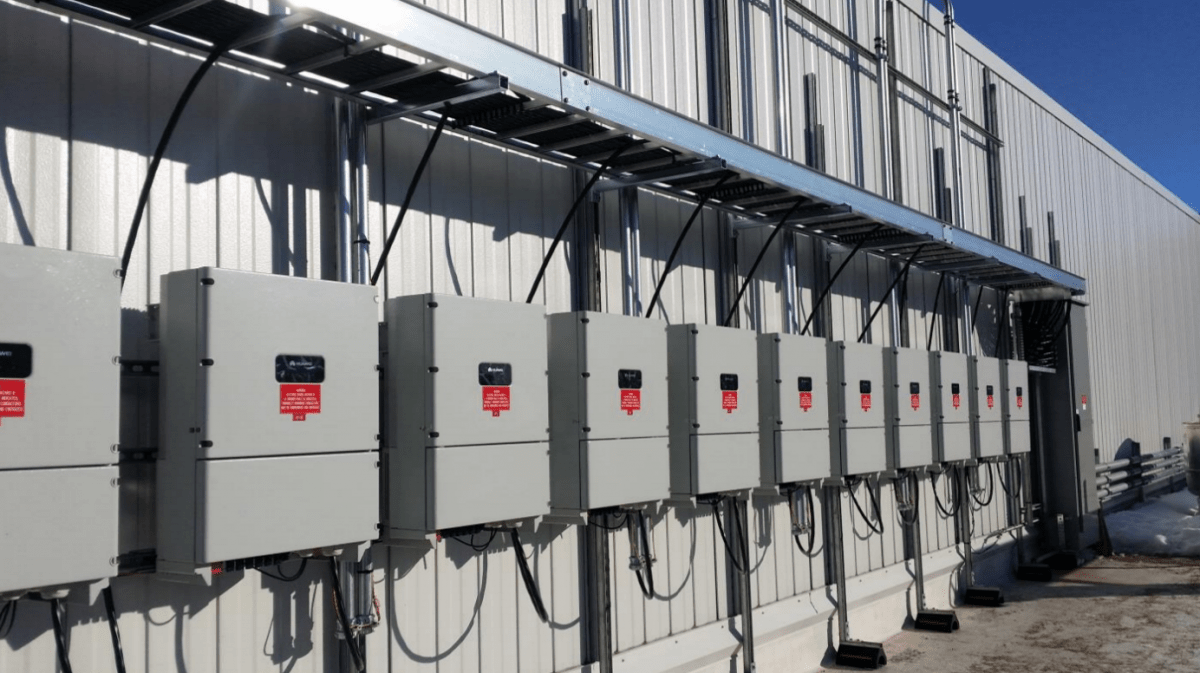 Your solar inverter is like the central command center for your solar power system. It connects your other system components together and routes the flow of power between them, serving as the power processing hub for the entire system.

In this post, we explain how inverters work and how you can evaluate different solar inverter types for your needs.

What Does a Solar Inverter Do?

Your inverter plays the key role of converting the DC (direct current) electricity generated from your panels into AC (alternating current), the format used by most household appliances. Once this process is complete, the inverter delivers that electricity into your home to power your appliances (or into a battery bank for storage, if applicable).

The inverter is also responsible for reporting usage data back to your monitoring app, giving you live insight into your system’s performance. Needless to say, it’s an important component of your system.

Of the 3 inverter types, string inverters are the least expensive upfront, which naturally makes them an appealing option. And they can thrive under the right circumstances, delivering just as much power as the other two inverter types given the right design conditions.

The main drawback is that string inverter systems must meet two important criteria:

If you can build a ground-mount system that won’t encounter any shading issues, a string inverter may be the right choice for you. It will keep system costs down without sacrificing system performance.

Impact of Shade on String Inverters

One drawback of string inverters is that their performance can suffer when your panels are covered in shade. Due to the way they are wired together in series (with one panel wired into the next), the negative impact of shade on one panel can translate across the entire string.

That means that one panel has the potential to drag down the other 6-12 panels in the string. For this reason, we only recommend our string inverter kits to those who can build their system fully exposed to sunlight.

Under the NEC (National Electrical Code) standards, all rooftop solar power systems must comply with rapid shutdown requirements. Rapid Shutdown (RSD) is a feature that allows the system to be instantly shutdown and de-energized in the case of grid failure, fire, or other emergency.

We tend to steer clear of recommending string inverters for rooftop systems because of the additional costs required to outfit the system with RSD modules.

For homeowners interested in rooftop solar, we instead recommend power optimizers or micro-inverters (covered in upcoming sections). These options not only comply with the NEC guidelines, they also offer additional functionality like shade mitigation and remote monitoring tools.

Sometimes, partial shading from chimneys, trees, or other obstructions is unavoidable. If you suspect your build site may be prone to shading issues, you’ll want to invest in an inverter with shade mitigation capabilities.

Power optimizers also allow the system to report the performance of each individual panel to your monitoring app. This provides more precise production data and helps identify underperforming panels that may need repair or replacement.

Lastly, because power optimizers can control each panel separately, they can be shut down individually in compliance with RSD requirements. There’s no additional equipment needed to meet code requirements, and they are perfectly suited to both roof and ground mount projects.

A micro-inverter is a small, self-contained inverter unit that attaches to the back of each solar panel. Unlike string inverters, micro-inverter systems have no central unit to act as a hub for the entire system.

Instead, each micro-inverter attaches to its own solar panel. It handles the inverting and power optimizing duties at the panel level, so there’s no need for a central unit tying everything together.

Like power optimizers, micro-inverters also allow for shade mitigation and individual panel-level monitoring of your system. However, they also come with some unique benefits:

When you pair a solar panel to a dedicated micro-inverter, it behaves like its own self-contained system. Each panel is fully isolated, producing its own power regardless of how the rest of the array is set up.

The distributed nature of micro-inverters bypasses many of the design restrictions that are imposed on other kits. Whereas string inverter kits may require a minimum of ~4-6 panels to meet the inverter’s minimum requirements, there is no minimum size requirement with micro-inverters. If you like, you can start with a single panel and expand later as you see fit.

Micro-inverters can also be useful if you are trying to fit a system on a cramped or unusual rooftop space. You may need to split up panels and face them in different directions depending on the dimensions of your roof. This would cause major performance issues with string inverters, which work best when panels are all facing the same direction. But micro-inverters can be installed at any facing or configuration without sacrificing performance.

If you plan to expand your system in the future, or have unusual layout requirements, micro-inverters are recommended to get the most out of your system.

Our DIY solar panel kits make it easy for homeowners to save on their solar project. We also provide in-house system design, tech support and permitting services to guide you through your project. Reach out today to request a free solar panel analysis for your home!