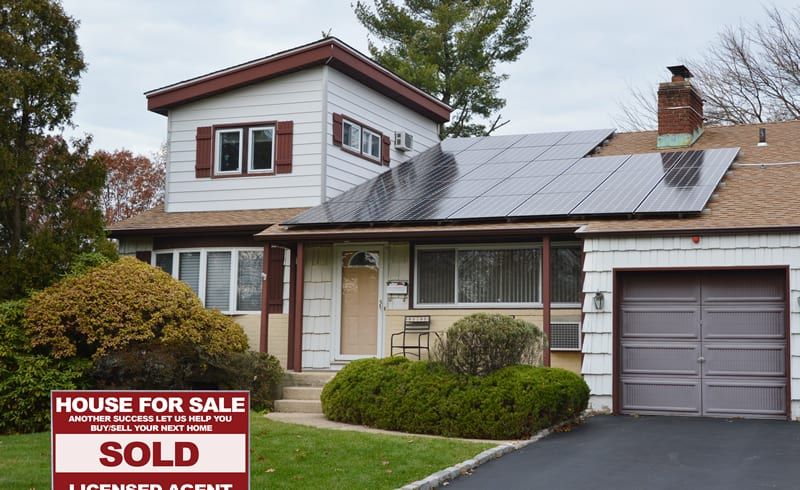 If you’ve read any articles on the benefits of converting your home to solar, you’re probably aware of how solar costs eventually pay off, decreasing electricity bills to zero. But in addition to short-term energy savings, does solar increase home value?

Owning solar panels doesn't just pay dividends on energy bills. They can also significantly increase your property’s value and help it sell faster, too. So let’s dive in and learn more about the relationship between installing solar panels and home values.

How Much Do Solar Panels Increase Home Value?

In surveying over 20,000 homes across eight states, research shows that premium prices for solar-powered homes are a national trend.

A study by the Lawrence Berkeley National Lab (LBL) found that, on average, home buyers are willing to pay a premium of $15,000 more for homes with a standard 3.6-kW PV system.

The general breakdown for increasing a home’s value comes to about $4 per watt in California and $3 elsewhere. So, for example, homeowners in California installing a 5kW (5,000 watts) system could fetch up to $20,000 more on the market when selling their home.

Together with state incentives and federal tax credits, the financial benefits of selling real estate with a solar energy system could equal or outweigh the costs of the system itself. Any solar company that enables homeowners to install DIY solar systems for less helps them recoup higher profits while paying lower utility bills in the interim.

4 Factors That Influence the Value of Your Home Solar System

Buyers view solar panels as upgrades, like a new kitchen or bathroom. However, unlike these amenities, the government will give you money back for this home improvement. Some states even offer the bonus incentive of not calculating the value of the upgrades into your property tax base.

Here are four more factors to take into consideration.

In terms of resale, John DiStefano, president of First Fidelity Appraisal Services of New England, said about PV panels, "They definitely add value to your home as long as they are purchased. If they are leased, the banks do not recognize a value."

It may seem obvious that solar panels installed in sunnier climates generate more energy. But in addition, the variation of electrical costs from place to place also puts a premium on higher-billed communities.

If solar installation costs are high in your area, it might be easier (and cheaper) for someone to purchase a home with solar already installed rather than doing it themselves. In addition, larger solar systems that generate more energy will be perceived as being that much more valuable.

One caveat is that older solar panel systems may not generate as much energy as newer systems and will depreciate over time. If a potential homebuyer has to make expensive repairs or replace parts to enable the panels to run optimally, their perceived value may not be as great.

Why Do Homes With Solar Sell Faster?

People want to save money on their electricity bills, increase energy efficiency and reduce their carbon footprint. Therefore, it comes as no surprise that homes with solar systems already in place sell faster.

A 2006 study by the National Renewable Energy Laboratory (NREL) found that homes with solar sold 20% faster and for 17% more than the equivalent non-solar homes in several subdivisions built by various California builders.

Since then, the numbers have changed, increasing in some states while decreasing in others, but the sentiment remains the same. If your home includes owned (not leased) PV panels, then it increases its value and desirability.

Tips for Getting More Home Value From Solar

Looking for some creative ways to stretch your solar investment?

For more information on installing solar, contact the experts at GoGreenSolar online or call 866-798-4435.