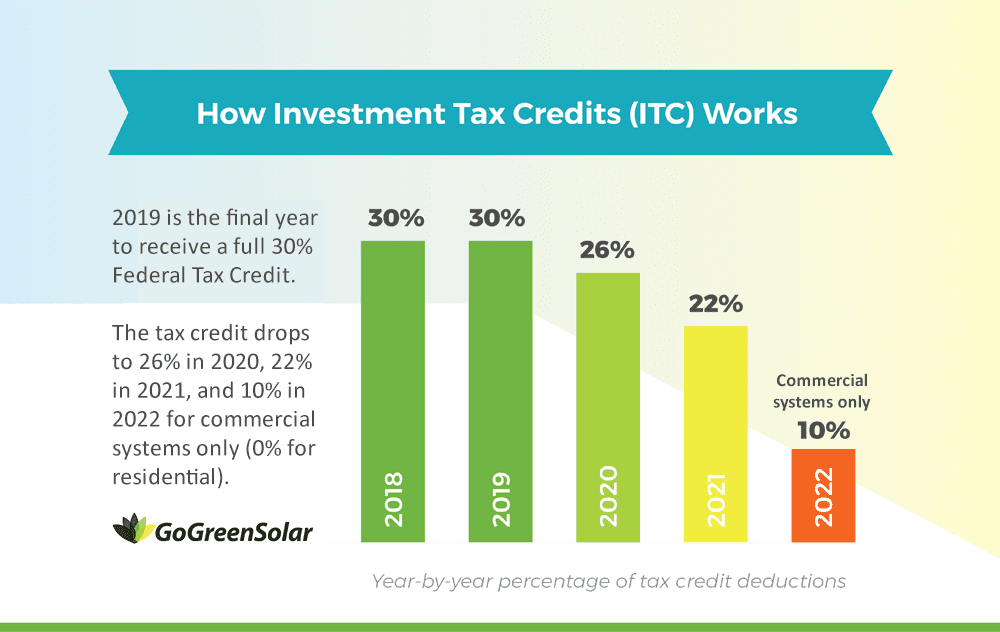 A popular federal tax incentive that saves homeowners thousands for installing a home solar system will significantly decrease at the end of this year.

Known as the Investment Tax Credit (ITC), or the Federal Solar Tax Credit, the program has been in place since 2005 and allows people to deduct 30 percent of the cost of installing a solar energy system from their taxes.

On average the savings are about $6000 per a customer.

After this year however all that is set to change.

Home solar suppliers and installation companies such as GoGreenSolar are seeing an increased interest from people looking to secure the 30 percent ITC before it expires. A similar surge of interest occurred in 2015 before congress voted to extend the tax credit.

With the current oil friendly executive administration in charge, a repeat of 2016’s ITC extension is considered highly unlikely, bringing an end to the 30 percent reimbursement rate that has lasted for 14 years.

The ITC was first passed under the Bush administration's Energy Policy Act in 2005. It was extended in 2008 to help stabilize a crashing economy, removing the $2000 residential rebate cap. Since its creation, the cost of solar equipment has declined by more than 73 percent. Once the 30 percent rebate begins its steep decline, it will be years until solar is this cheap again.

This knowledge, coupled with significant electricity rate hikes expected from most electricity companies this year, has created a surge of homeowners rushing to seize the investment opportunity to switch to solar.

Recent changes to the ITC in 2016 have made it so homeowners can claim the tax credit on their returns as soon construction of the system begins, as long as its operational by December 31, 2023. Additional amendments to the bill allow homeowners to roll over credits into the following years if they are due back more on their taxes from the ITC than they owe.

If you’re thinking of switching to solar, companies like GoGreenSolar can help you lock in your 30 percent ITC rate before it comes to an end.