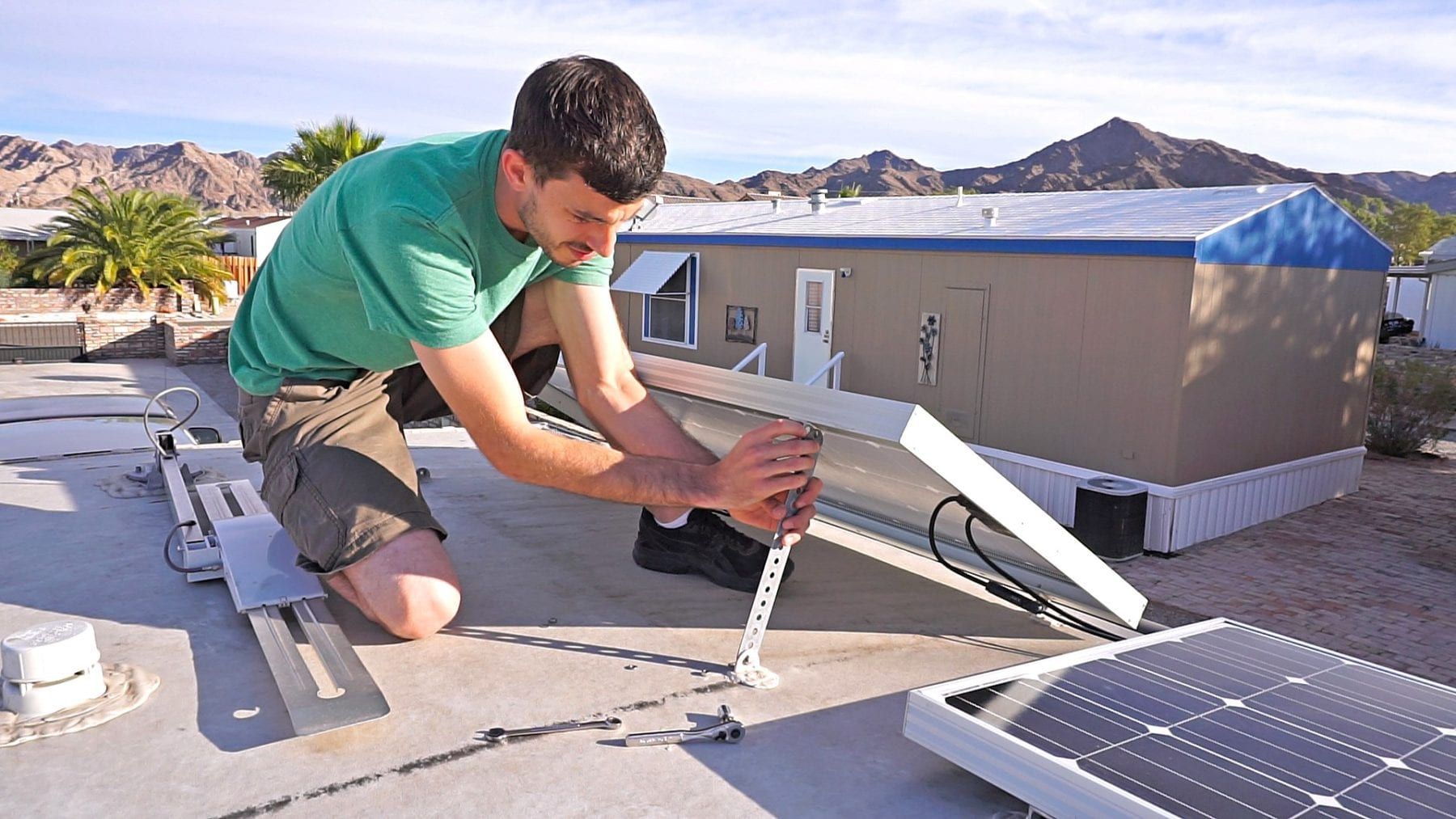 But how do you find the best angle for solar panels?

Let’s walk you through it.

What Is Solar Panel Angle?

Simply put, solar panel angle is the vertical tilt of the panels. Namely, when leveled to the ground, a solar panel does not have a tilt. But if it’s perpendicular, then it has a 90-degree tilt.

You should install your solar panels at an optimal tilt angle that allows the photovoltaic cells to maximize energy production. Ideally, that tilt would be perpendicular to the sun, but this isn't feasible since the Earth is spherical, its axis is tilted, and revolves around the sun. So depending on the time of year, the angle changes.

In essence, the optimal tilt angle for your solar panels depends on your residential or commercial property’s latitude, orientation and roof slope.

There’s a simple rule of thumb when it comes to finding the optimum angle for solar panels. In the northern hemisphere, you will get the best annual energy output if your solar panels are facing due south at a tilt angle just under your latitude. But what does that mean?

Let’s say your home is in Los Angeles, where the latitude is 34 degrees. In that case, your solar power system will give you the most kilowatt-hours (kWh) if you face the panels south and tilt them at about 32 or 33 degrees horizontally.

Similarly, if you live in Milwaukee, where the latitude is 43 degrees, you’ll get maximum solar panel tilt efficiency if you place them at 41 or 42 degrees.

Now, most roofs do not provide this ideal solar panel tilt. While it might face south, there’s a big probability that its pitch is lower or higher. On the other hand, your roof might not face south at all. It could also just be flat. So the question arises: Do you need hardware to tilt your solar panels for optimal production? Keep reading to learn more.

Note: Solar panels in the southern hemisphere should face North.

Tilt legs provide a support structure that allows you to tilt your solar panels to an angle that will optimize their output.

Adding tilt legs to your solar racking will require more racking equipment and more labor to install. Wind uplift loads are also a factor — when the solar panels are tilted, they are like a sail on your roof, prepared to catch the wind. Hence, you need more roof attachments to ensure the solar panels stay put in gusty winds. All of this translates to higher upfront installation costs.

Last but not least, there is the aesthetic factor. While the primary purpose of solar is to save money, your system still shouldn’t be an eyesore. Your neighbors would probably appreciate it if your solar panels were parallel with the roof surface.

Is It Worth Tilting Solar Panels?

For the roof pitched at 17 degrees to the south, tilting the panels will generally not pay off. It would probably only gain about 5% annual output, which will generally not be worth the additional cost of the tilt hardware, extra roof attachments and labor.

Find out if DIY Solar is a good investment.

What About East- or West-Sloped Roofs?

For roofs that slope to the east or west, tilting to the south does not help much. Your solar panels will still be somewhat angled east or west, unless you build a very elaborate wing-like structure to flatten out that east or west tilt. This is not very practical and will likely result in high costs and unhappy neighbors.

On a west-facing roof, this is especially unnecessary because west-tilted solar panels produce more power in the afternoon. Furthermore, you would benefit from the TOU electric rate since afternoon kWh rates are the highest.

If you have a flat roof or plan to mount solar on the ground, you’ll encounter a slightly different situation. The overall annual energy loss for flat solar panels versus solar panels tilted at the perfect angle is about 10% in the southern states and 15% in the northern states. That much loss might be worth the extra hardware and effort.

Flat roofs also have ballasted racking options that require fewer (if any) holes, so the added wind load of tilting the solar panels does not necessarily mean more attachments to install. Aesthetics are usually less of a concern, as flat roofs are often taller and hidden from view by parapet walls.

With a flat roof, your biggest consideration is the inter-row spacing required to avoid shade on the solar panels. But there is a trade-off: you will get higher kWh production per square foot if you mount the solar panels flat versus tilting them and spacing them apart. On the other hand, if you tilt them, you will get more kWh per solar panel with a better ROI of your upfront cost.

The decision to tilt solar panels on a flat roof depends on your priorities:

Learn how to install solar panels on a tile roof

Do You Need to Tilt Your Solar Panels or Not?

Now that you know the variables determining the ideal angle, it’s time to assess your unique situation. For additional help and more accurate estimates, you can use one of the many online solar panel tilt calculators.

Or, if you’d rather leave it to the experts, reach out to our seasoned solar engineers who are ready to find your ideal solar panel tilt and optimize solar power production. In addition, we can provide you with a quote for equipment, installation and estimated energy output so you can make an informed decision.