Solar Panels Made in USA vs China: What’s Better? 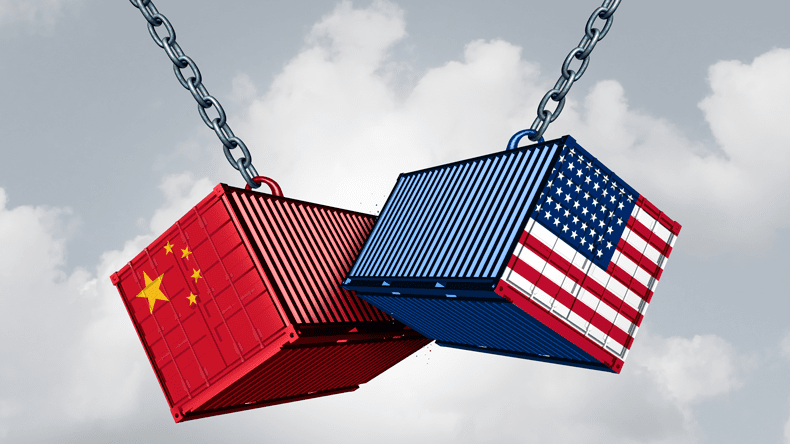 There’s no doubt that the future of solar energy has arrived. But who’s leading the solar energy industry: the Chinese or the Americans? What country produces the longest-lasting, most cost-effective and efficient solar power systems?

If you’re looking to install a home solar system, you might not know what country’s panels to choose. So what’s better: American-made solar panels, or those made in China?

Let’s take a deeper dive and find out.

Are Most Solar Panels Made in China?

Statistically speaking, yes. China dominates the global solar panel production: 78% of the solar cells produced in 2019 were made in China. Production of solar modules and polysilicon is not far behind — with 72% and 66%, respectively.

Even if a solar panel is labeled and marketed as “Made in the USA,” it is likely that the solar cells or other parts of the panel were made overseas. All the manufacturer must do to use that label is assemble foreign parts here in America.

Are Chinese Solar Panels Any Good?

Chinese-made goods are often saddled with a bad reputation, but not always rightfully. Just because a solar cell is produced in China doesn’t mean it’s of lesser quality.

The truth is that every country makes some poor quality products. History has shown that even some solar panels entirely manufactured in the United States have had issues.

However, there are also high-quality products made in every country, including China. Namely, there are top-tier solar panels made by Chinese solar panel manufacturers with world-class factories and clean rooms like Trina, Canadian Solar and JA Solar. Likewise, great solar panels like Sunspark and Gigawatt are made or assembled in America.

So if Chinese solar manufacturing is as good as American, why are so many people talking about it? These days, it’s less about quality and more about the politics behind it.

In the summer of 2021, U.S. Customs and Border Protection banned the import of solar panels that might contain materials from Hoshine Silicon, a Chinese company accused of forced labor practices.

Also, import tariffs imposed on China during the Obama and Trump administrations to protect domestic manufacturers are another roadblock for the Chinese. Furthermore, Congress introduced a bill prohibiting federal procurement of solar panels manufactured or assembled in China.

While these tariffs and bans have caused supply chain issues, the Biden Administration is still optimistic about its renewable energy goal of generating 100 percent of the nation’s electricity from clean energy by 2035.

Finding quality solar panels is more about the brand than the country of origin. The “magic word” we use in the solar industry to determine solar system quality is bankability.

When banks offer leases on solar equipment, they have a lot at stake. They will own hundreds if not thousands of systems, all with contracts that guarantee the end-user a certain amount of production for up to 20 years. If the solar panels in these systems fail on a large scale, it will cost these banks a significant amount of money.

So, before investing in a particular solar brand, banks will do everything they can to ensure they are getting a quality, “bankable” product. This assurance includes third-party engineering assessments of factories and products and an evaluation of the manufacturing company’s longevity and ability to honor long-term warranties.

Banks have a lot of resources at their disposal to put into these bankability studies. As a consumer, all you have to do is look at what brands the banks trust to determine which one you’ll choose for your own solar projects.

The 10 Most Efficient Solar Panels: 2022 Edition

Why choose a GoGreenSolar installation kit? GoGreenSolar has offered excellence and competitive prices in the U.S. market for nearly two decades. Whether it’s a DIY solar kit or battery backup, each solar module we sell is made to last for decades.

If you’re looking for more guidance on solar panel systems, look no further than the energy industry experts at GoGreenSolar! Our solar veterans are available to help you through the decision, purchase and installation processes on your solar journey. Contact us today.