Can Solar Power Your Air Conditioner? 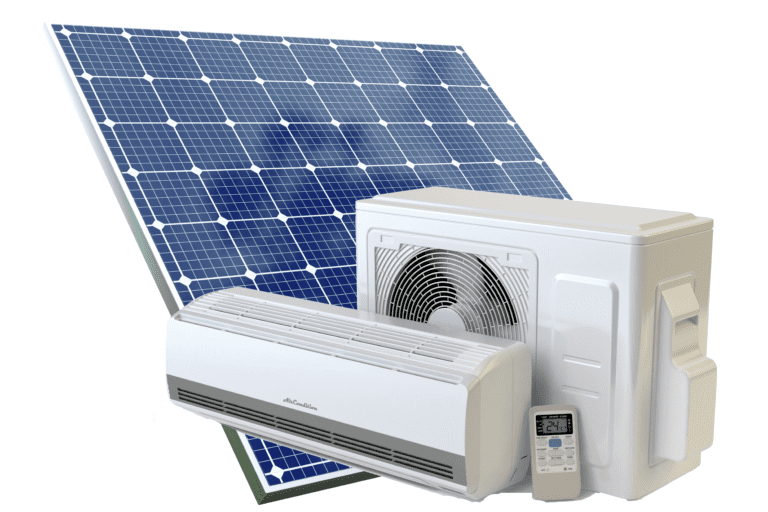 Maybe your electric bills aren’t that bad, except for summer when you have to run the air conditioning. But you are the conservative type, so you set the thermostat at 80 degrees and suffer through it. Because of this, you don’t think getting solar for your whole house can help you. You would only need the solar for a few months and only for the air conditioner.

Is it possible to just get solar panels for your air conditioning and not for anything else? It depends on who you ask. There have been many solar companies over the years that have advertised solar powered air conditioning systems but what were they really selling?

Some of them were selling evaporative coolers (also known as swamp coolers). Contrary to having the word “swamp” in their name, these types of cooling systems only work in the desert because they rely on evaporating water to cool the air. They have very low power consumption and can often be operated with a single solar panel. If you live in the desert and don’t already have an evaporative cooler installed on your house, this is not a bad option to save on air conditioning. But, chances are, if evaporative coolers work well in your area, you already have one and it’s already saving you money on your air conditioning costs whether or not it has the solar panel.

If you are going to install solar, you might as well install the system to the whole house. First, solar panels produce a lot more power in the summer than they do in the winter so they would be working hardest for you when you are running your air conditioning. Second, most electric companies offer net metering on an annual basis. This means that solar power not used in the winter is fed to the electric company and you are credited for it. Then you can use those credits in the summer when the air conditioner is running. Third, why not want to save some money on the part of your electric bill that isn’t air conditioning? It may not be a huge amount of money, but a penny saved is a penny earned.

In the end, the whole house solar power system makes perfect sense for you even if your air conditioning is your only big power draw. You can size the system smaller so it only offsets the air conditioning costs if you want to or you can go a little bigger and knock out the majority of your electric bill. If you size the system right, you can even crank down the thermostat setting and enjoy a cool house all summer long without killing yourself to pay those electric bills.

So, stop languishing in your 80 degree house all summer saying that you don’t think solar can help you. It can and it will. For assistance in understanding what size system is best for you, call the experts at GoGreenSolar.com.