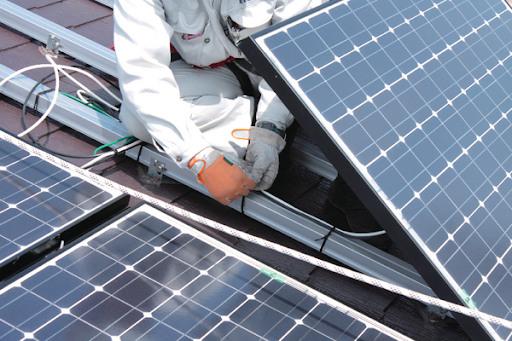 When wiring solar panels or batteries, there are two ways to do it: series wiring or parallel wiring. Your choice will affect the voltage and amperage output, so it’s crucial to know the difference.

Wiring in series means connecting the positive of one device to the negative of the other. When devices like solar panels are wired in series, it is called a series string (think a string of Christmas lights).

Wiring solar panels in series is easy because the connectors on the solar panels plug together — positive to negative. You are making a series connection by connecting your solar panels from male to female.

When to Use Series Wiring

Wiring in series raises the voltage but keeps the amps low. So, you would use series wiring when you want high voltage and low amperage.

Series wiring is especially useful when you want to use smaller gauge wires. That’s because series wiring delivers the same amount of power with less current, and the higher voltage combats voltage drop issues caused by resistance in the wire.

There is a disadvantage to series wiring; if one device stops working, this will affect all the devices in the series string. Circling back to our Christmas lights example, the whole string will stop working if one light goes out.

When you wire in parallel, you connect the devices by stringing all the positives together and all the negatives together.

When to Use Parallel Wiring

You would use parallel wiring when you want to prevent the voltage from getting too high. For example, if you wired an array of 40 solar panels in series, the total voltage would be too high for your inverter or charge controller.

The most significant disadvantage of wiring in parallel is using larger gauge wires to accommodate the increased amount of amps flowing.

Series vs. Parallel Wiring: Which is Ideal?

There is no correct answer to this question because it depends on your unique situation.

But perhaps you want to connect those same 12 solar panels to a grid-tie PV inverter with a maximum input of 600 volts. In this case, you could combine all 12 panels into one series string.

The logic is the same for batteries. If you have 12-volt batteries and want a 48-volt battery bank, you would have to connect the batteries in series strings of four batteries each, then combine all the strings in parallel.

Do not string too many batteries in parallel. If you are designing a large battery bank, it is best to use low-voltage batteries. For example, it is not uncommon to see a 48-volt battery bank designed with 2-volt batteries that connect in 24 series strings. Using batteries with higher amp-hour ratings will also help reduce the number of batteries you need to connect in parallel.

If you’re still unsure about how to wire your solar panels or batteries correctly, don’t fret. Get in touch with the DIY solar installation pros at GoGreenSolar.

Whether you’re just starting to research the installation process or are ready to commit to solar, GoGreenSolar’s NABCEP-certified experts are here to help. They’ll walk you through choosing the best solar panel kit and components, design your system for optimum efficiency, and even guide you through the installation journey from end to end.