energy needed to cook our turkeys

As Americans across the nation flip on their ovens to cook their Thanksgiving turkeys, I’m sitting here thinking the nation’s electric grid is going to take a big hit today to supply the energy required to power this historic day.

So how much power is it really going to take to cook our Thanksgiving meals? Has attempted to estimate how many kilowatt-hours (kWh) will it require to cook our country’s beloved turkeys? I think not! I feel like doing some math today, so let’s get to the bottom of this ever so important question.

According to the U.S. Department of Agriculture, more than 45 million turkeys are cooked and eaten in the U.S. for Thanksgiving. American per capita consumption of turkeys has soared from 8.3 pounds in 1975 to17.5 pounds in 2007.

Most of the ovens in America are electric, according to Mr. Electricity’s, How much electricity does my stuff use? the average oven uses 4,400 continuous watts when cranked up all the way, which is$5 typically required to cook a Turkey throughly. It takes approximately 4 hours to roast a 17lb turkey in the oven.

Since most people can’t relate to 792,000,000 kWhs, let me quantify kWh to $. The average nationwide cost per kWh is 12 cents. Therefore it will cost $2.11 in electricity costs per turkey roasted today.

So I guess the Turkey suppliers aren’t the only ones making a lot of money on Thanksgiving but the companies providing you electricity to cook your turkey are making close to 100 million dollars today!

792M kWh is a lot of energy, in fact I went to NationMaster to check up how much electricity is produced on an annual basis from all sources for each country around the world and I realized that 56 countries generate less than 792M kWh on annual basis! I hope that makes a good comparison of how much electricity is consumed to celebrate Thanksgiving by roasting turkeys in the oven.

I got a couple suggestions of how you can offset your dependence on the electric grid next Thanksgiving by going solar without breaking your pocketbook.

When pointed in the optimal direction the can boil, steam, roast or bake food at cooking temperatures of 360° F / 182° C, making it ideal for cooking the majority of foods, including most turkeys. The Sun Oven takes advantage of the solar thermal energy produced by the sun to cook the food inside, no electricity is needed to run this oven. 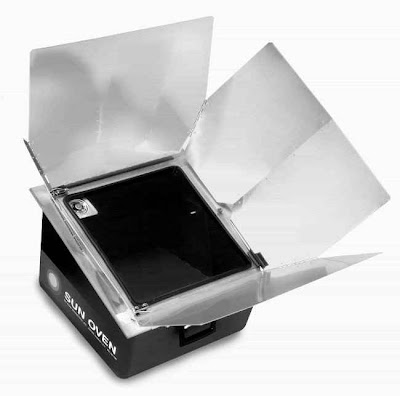 The Solar Cabana is a unique method of generating solar power off the roof while enjoying the shade the cabana provides. This 8 panel cabana produces 1,480 watts per hour which will generate enough electricity to offset cooking your turkey in the oven every Thanksgiving in addition to reducing your annual electric bill for over 25 years.

The best part of the grid connected Solar Cabana is that it’s the only complete solar electric system that allows you to get started with green energy under $10,000. The Solar Cabana may qualify for rebates and federal tax credits depending on your utility and taxable income. 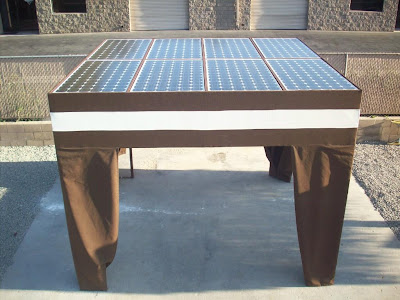 Happy Thanksgiving from your friends at GoGreenSolar.com