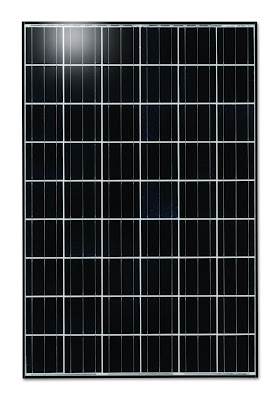 Kyocera is getting ready to present two brand new solar photovoltaic panels at the end of this month at Intersolar 2009 in Munich, Germany. The KD185GH-2PU and the frameless FD135GH-2P polycrystalline solar panels are composed of “high performance” solar cells which has efficiencies of up to 16%. Higher efficiency solar panels means you will be able to harvest more kWh (kilowatt-hours) of electricity per year. The KD185GH-2PU has a 48 cell configuration with an output of 185 watts.

The frameless FD135GH-2P has 36 solar cells with an output of 135 watts. Framless solar panels are used for building integrated photovoltaics (BIPV), which is a technique to install solar panels that become the facade of a building, BIPV has a very appealing aesthetics value that some people prefer over generating more watts per square foot.

The great part about Kyocera solar panels is their warranty, the company has been in business for 50 years and has never has recorded a financial loss. They are a diversified business which means their warranty holds a lot of weight. There are a lot of new companies manufacturing solar panels today that are offering warranties on their solar panels of 20 years or more but as a consumer you have to ask, “how long will they be in business” At least with Kyocera solar panels, the chances of the company being around in the future are greater.