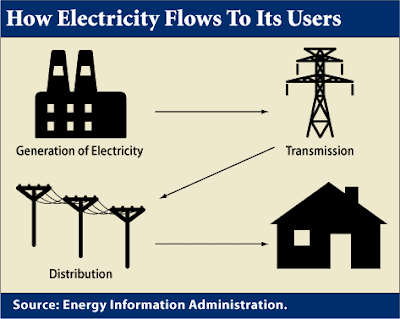 To understand the term grid parity, lets start with an explanation of the “grid”. Similar to the Internet is a network, the grid is the network in which electricity is transferred. The majority of our power is generated from a coal power plant then is transmitted over great distances to be distributed to the buildings in our community via the power lines and underground cables.

An increasing trend in the electrical generation and distribution model is now more people are installing grid tie solar electric systems which contributes extra electricity generated by solar panels back into the the grid (the network). You receive a credit for every kWh (kilowatt-hour) you contribute into the system.

The problem today is coal is heavily subsidized by the federal government which gives the ability for coal based electrical generation to be cheaper than producing electricity from solar panels. The term grid parity refers to the point at which the electricity generated by your solar panels is equal to or cheaper than grid power. Places with sunnier climates and high electric rates will reach grid parity first. Hawaii and other islands have already reached grid parity since their grid relies on diesel fuel to power the network, the cost for electricity per kWh is much higher on islands.