Home » Tech » what if solar cells took the shape of a leaf?

what if solar cells took the shape of a leaf? 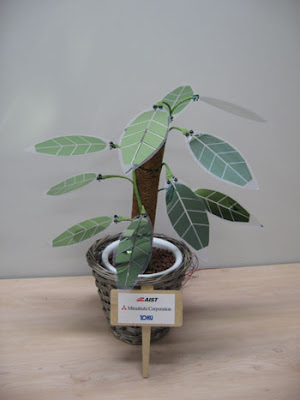 Have you ever heard of the term biomimicry? The greek word “Bios” means life and “‘mimesis” means to imitate. biomimicry is the study of natures designs and mimicking nature to solve human challenges. The National Institute of Advanced Industrial Science and Technology, Mitsubishi and Tokki of Japan has taken a hold of the concept of biomimicry to develop a very interesting solar cell that looks like a leaf! 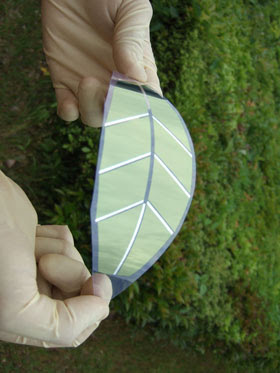 Unlike traditional solar cells which are crystalline based, the organic thin-film solar cell is composed of a flexible plastic substrate. The three companies that allied towards the development of the solar leaf prototype managed to improve the durability of the solar cell by sealing it between a very thin layer of plastic. I like how people in this industry are starting to think outside the box when it comes to deploying solar power. With thin-film technology the possibilities of adding solar cells into the mix become endless. Although we are far from seeing a solar tree that can produce all the power you need, since the efficiencies have not reached optimal levels in which leaf shaped solar panels can produce serious power. What do you think about biomimicry? As we move forward will we see a fusion of solar cells harnessing nature’s design?