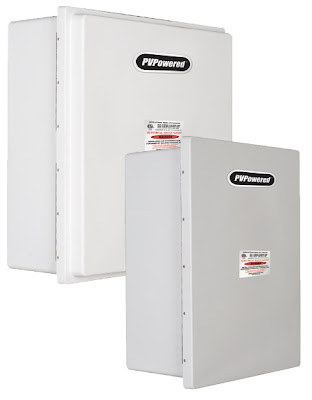 Monitoring a solar array’s performance on a string by string basis was typically only common on utility scale solar panel farms. Although thanks to PV Powered’s IntelliString combiner boxes now most solar arrays on commercial buildings have an affordable and simple method to deploy string monitoring that can become a standard option for commercial solar photovoltaic systems. The IntelliString combiner boxes are offered in 8-string and 16-string versions and has an integrated Obvius DC Solar Current Monitor, which is robust and easy to use.

Since central inverters are dependent on a string of solar panels as an input, most installations the combiner box lacks the ability to monitor each string. Typically most solar electric systems that have performance monitoring shows the output of the entire solar array. Without the ability to monitor each string you can only get a broad overview of the performance of your overall solar electric system.