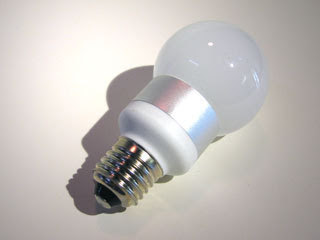 With the economy in a downturn, everyone’s tightening their belts, especially local governments. Minnesota’s government is focusing on reducing their energy usage to lower their monthly energy bills. The city of Minneapolis is currently testing LED Bulbs in streetlights, since they make up 40% of Minneapolis’s electric bill. The LED Bulbs that are being tested last 10 times longer than CFLs, contain no mercury (a toxic element found inside CFL bulbs), and only consume from 2 to 10 watts of electricity depending on the size.

If the test of the LED Bulbs is successful the city will move forward and replace all their bulbs to LEDs. This test is good example of what you can do at your home or business, LED bulbs reduce replacement costs due to their long lifetime and only requires a fraction of the electricity to operate. What do you think about LED Bulbs? Have you used them? Do you think the city of Minneapolis will see postivie results from their LED test?