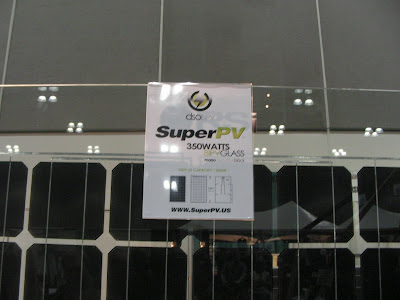 Over the weekend I stopped by the go green expo at the Los Angeles Convention Center. The most interesting solar power product I saw was the Rainbow Solar Incorporated (RSi) SuperPV Glass, which the company calls the “window of the future”. 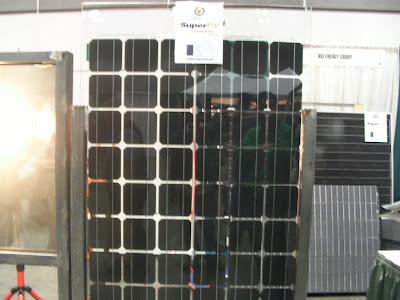 There are a few companies in the solar industry that are working on Building Integrated Photovoltaics (BIPV) which means implementing solar cells into existing building materials. What makes the PV Glass from RSi Solar unique is the company claims the 350w Solar PV Glass can not only produce electricity from sunlight but also generate electricity from the heat.

Traditionally heat has been a problem for solar cells, since performance decreases as solar temperature increases, how does RSi turn the heat into electricity? That is pretty phenomenal, wouldn’t you agree? RSi representatives would not comment on how the panel 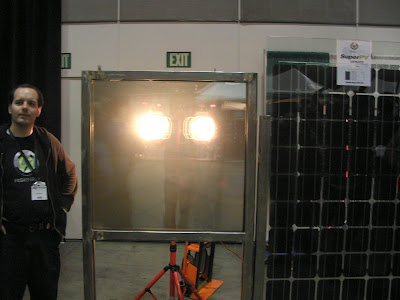 RSi also had a thin film SolarPV Glass on display which allowed light to pass through but still generates electricity. According to the company the solar glass product line has efficiencies between 12 to 13%. Don’t expect RSi to sell their unique SolarPV Glass products directly to you, because they are in the business of licensing their technology to glass manufacturers who will turn the technology into finalized products. What do you think? Are you looking at the “window of the future”?