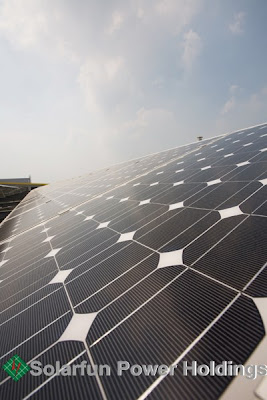 SolarFun Power Holding Company is a publicly traded solar panel manufacturer, listed on NASDAQ as ticker symbol SOLF. The company today announced they have increased the efficiency of their solar panels by 5% using their second generation solar cells. The second generation solar cells by SolarFun are called SF2, they’re full monocrystalline squares which take advantage of the entire surface area of their solar panels resulting in a higher power output.

The company’s R&D department is dedicated to seek methods for increasing solar cell and panel efficiencies while reducing degradation. What do you think about SolarFun solar panels?