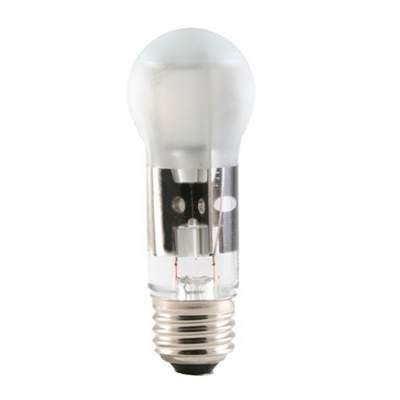 The two major problems with LED lights are they are very directional light source and the LED chips can get hot when operating for a long time which can potentially shorten lifetime if the LED bulb is not cooled properly. Eternaleds introduced the first liquid cooled LED bulb called the HydraLux-4 which uses a fluid inside the LED bulb to not only cool the bulb but disperse the light 360 degrees around the bulb. The 4 watt bulb is equivalent 24 watt incandescent bulb and is offered in two colors, Warm White and Daylight White.

By the end of this year the company is expected to release a 8 watt, 12 watt and 16 watt versions for people who want more light output. The HydraLux-4 only cosst $1.75 per year to operate and over the lifetime of the bulb can save up to $157 in electric and replacement costs compared to an incandescent. what do you think about the Eternaled HydraLux-4?