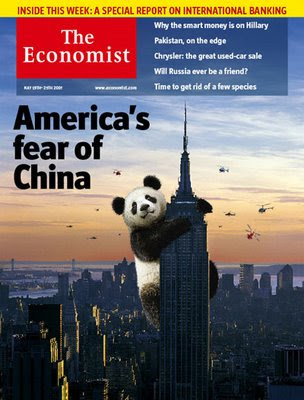 Recently, I have been reading a lot of chatter in the news about China making huge commitments towards a renewable energy future, particularly wind and solar energy. China is pushing by 2010 to produce 10% of the country’s energy needs through wind, solar biogas and hydro generation and 15% by 2020, slowly easing the country from coal based generation.

Not only is the country more aggressively investing in generating more of their own needs from wind turbines and solar panels but they’re also manufacturing the equipment. In fact China is the world’s #1 producers of solar photovoltaics (solar electric panels), the country has more than 200 manufacturers and collectively manufactured 1700 megawatts worth of solar panels, nearly half the world’s production.

On the other hand the US is lagging behind China in both production of solar panels and installed wind power capacity. Why do you think China is ahead? Do you feel the lack of environmental controls in China give their solar panel manufacturers an unfair edge to produce more product and offer lower prices? Should price alone be the only factor when you’re evaluating multiple solar panels?