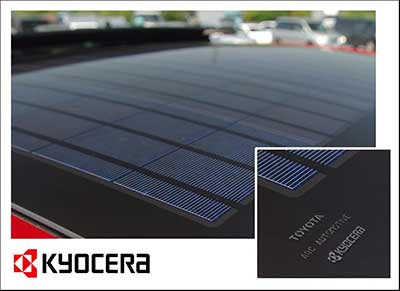 A solar panel from Kyocera is now an option on the newest Toyota Prius hybrid car. The “solar panel moonroof” is composed of 36 cells that generates 50 watts of power to help ventilate the car. Toyota scrapped the idea of using the solar panel to charge the car’s battery due to the stress constant charging and discharging has on batteries.