I blogged about Google PowerMeter a few months back while google was still beta testing their shot at a web application that helps you take control of your energy bills by giving you access to real time electric usage data. There’s a saying that goes, if you can’t measure it, how can you improve it? That’s what Google PowerMeter allows you to do, gives you a visual real time view of so you can make on the fly adjustments to your energy usage thus allowing you to save money on your monthly bills. Google has partnered up with Itron, one of the world’s largest electric meter manufacturers to install the smart meters that are compatible with Google’s PowerMeter.

Now over 10 million households have access to Google PowerMeter through the following utility companies: 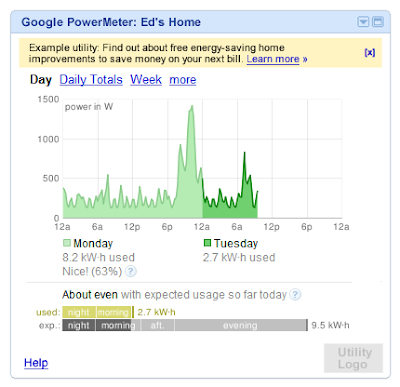 What do you think about the Google PowerMeter? Do you think being able to see your energy usage in real time will empower you to save on your monthly bills?