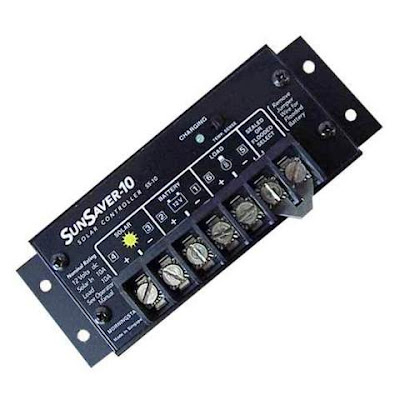 A charge controller with an LVD feature, not only keeps the solar panels from being overcharged but also prevents batteries from becoming over discharged. If the solar array does not provide sufficient charge to offset the daily load requirements you are at risk of damaging your battery bank. If more than 80% of full charge is discharged from lead acid batteries and the battery is left in a discharged state for weeks or months, the batteries will be damaged permanently, which will cost you a lot of money to replace.

LVD monitors the state of charge (SOC) and automatically disconnects the loads from batteries if a certain discharge threshold has been reached thus protecting your batteries from being over discharged. Typically an alarm system notifies you that the battery bank needs attention before the loads are cut off. A charge controller with LVD gives you both overcharging and over discharging protection in one single unit.