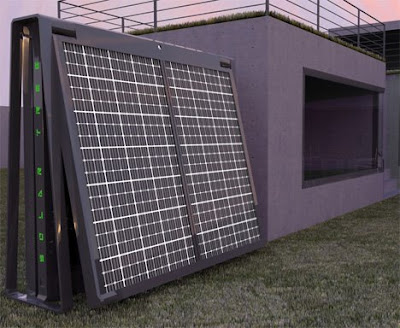 Designer Gurdeep Sandhu has created an interesting concept called the “Solar Tree”, a new way people can mount their solar panels without having to compromise their roof. The foldaway solar panel mounting solution can be placed in your backyard or on top of a flat roof. During the day, all you have to do is fold out the four solar panels into position to catch the rays of the sun to generate clean electricity for your home. At night you can fold them down, but I don’t know why you would want to open and close the solar tree everyday, that would be pretty annoying in my opinion. 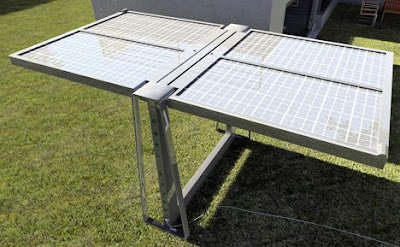 The Solar Tree is portable, so if you move you’ll have the ability to take your solar panel tree with you. I wonder how much the solar tree weighs? Will it hold up to high wind speeds? From the pictures it seems like the solar panels can only be placed horizontal, it would be nice if the solar panels could also fold up at levels to take advantages of pitching the solar panels in the optimal tilt.

Its always great to see creativity in terms of developing solar electric systems easier to deploy. I think the solar tree is a great idea, I would like to see this develop and even get better. what would you like the solar tree to do for you?