Solar cells on the market today are just plain flat, although on the other hand when sunlight hits the earth’s surface it’s diffused into the environment which is why traditional flat solar cells cannot take much advantage of indirect light. Kyosemi Corporation a Japanese solar cell developer is creating a “spherical” solar cell that will be more efficient collecting light at all angles due to its unique round shape.

The sun travels across the sky in many different positions based on the season and the time of day therefore it’s critical that solar cells can absorb as much light as possible. Round cells give a solar panel the ability to catch reflected light and diffused light thus making the solar panels much more efficient. According to Kyosemi, the spherical solar cells also involve lower costs to produce then typical solar cells due to a simpler manufacturing process. The company claims the holy grail for the solar industry, a more efficient solar cell at a lower cost. 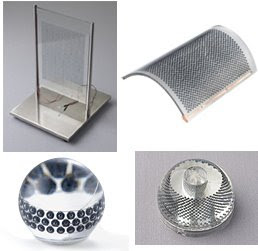 The spherical solar can bring new possibilities to solar power as we know it, wouldn’t you agree? It’s about time that someone got creative with the shape of a solar cell, because flat is just plain boring and rudimentary, what do you think?