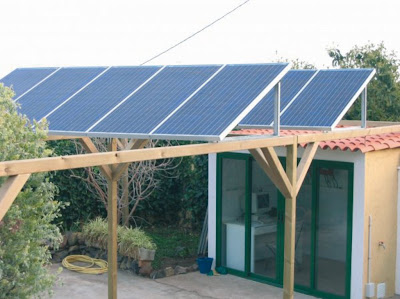 Gainesville, Florida is on the map because they’re doing something very revolutionary in terms of motivating it’s citizens to install solar panels. If the city can pull off their plans, it would be the first city in America that would offer a feed-in tariff for grid connected solar electric systems. The city approved a feed-in tariff of 32 cents per kWh (kilowatt hour) that would have to paid by Gainesville Regional Utilities (GRU).

A feed-in tariff is different from a rebate because it allows solar electric system owners to earn a profit for the clean electricity generated versus just offset their electric bill. According to terms, GRU would sign a 20-year contract with home and businesses owners to buy the clean electricity generated. Feed-in tariffs is the primary reason solar power reached wide market acceptance in Germany, Japan and Spain.

At a rate of 32 cents per kilowatt hour, the feed-i n tariff could provide a system owner a 3 – 5% rate of return, do you think that is enough? GRU currently gives a rebate to also to help bring down the upfront cost of going solar. The downside is that the ratepayers of GRU will see an increase in their electric bill of 42 cents per bill to fund the solar incentive program. Do you think that its fair to GRU’s ratepayers who have no intentions of going solar to face the rate increase?

If this plan passes obviously the solar power market in Gainesville is going to see rapid deployment of solar electric systems. I think this is great and every utility across America should allow anyone that contributes to the electric grid to earn a profit, don’t you agree? The program is supposed to launch in March 2009, do you think the city will be able to execute on the plan and successfully offer the first feed-in tariff in America?