Villaraigosa makes a push towards solar for L.A. 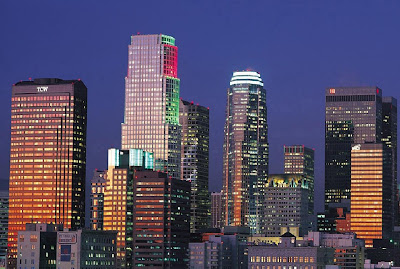 Its about time! San Francisco has been beating us here in L.A. in terms of solar capacity installed, its a pity since we live in a sunnier climate. Today Mayor Villaraigosa gave the go ahead to execute the project called Solar LA, which is aimed to secure 1/10th of L.A.’s energy by solar by 2020. The city wants to roll out 1,280 megawatts of solar capacity! The Solar LA project will create new jobs and stimulate the economy, although there has been some controversy around the ballot measure that funds the plan because it could give the contracts for the deployments of the solar power systems to department of water and power versus private companies who could be locked out. LA residents will also see an increase in their electric rates as a funding vehicle to finance the project…do you think that is fair to the rate payers in L.A.?

I think this is a good step towards solar, even though electric rates will go up because, when do electric rates ever go down? Historically they haven’t so at least this time the rates go up we know its going towards clean energy. L.A. should of been the king of solar power already but we’re still lagging behind other cities with less sun resources who are using the power of the sun more effectively than Los Angeleos.