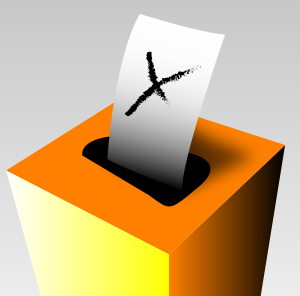 Summer is ending, fall is approaching and that means the election season is in full swing. Chances are good that you know the Congressional and Presidential candidates you’re going to vote for. And since you’re reading this blog, chances are even better that renewable energy is a top priority for you. Well, for those voters in California who believe renewables are important, you’re in luck. This November you have the option of voting on two major ballot initiatives that address renewable electricity and next-generation vehicles. But don’t get too excited yet – there are a lot of contradictory claims about these ballot initiatives that you should sort through before casting your ballot on November 4th.

Let’s take a brief look at each of the initiatives:

The first – Proposition 7 – is an amendment to California’s Renewable Portfolio Standard (RPS) that will require utilities to procure 50% of their electricity from renewables by 2025. This sounds like a wonderful law on the surface. Who wouldn’t want to set targets like that? Theoretically, it would create a robust renewable energy market for big and small players alike. But many renewable energy trade groups and environmental advocacy organizations are saying it will do the exact opposite.

There’s a big debate over how the drafters have defined eligible renewable energy systems. According to opponents, the proposed law would exclude systems under 30 MW from the RPS. Indeed, in the document, “solar and clean energy plant” is defined as “any electrical generating facility…with a generating capacity of 30 megawatts or more.” That term (solar and clean energy plant) is used throughout the entire ballot initiative, which could lead one to believe that systems under 30 MW will not qualify.

Proponents say it was not their intention to disqualify any size system or any technology. In fact, they fervently deny that the law could be interpreted as such. But opponents say it’s not about intention, it’s about clarity of language. And if the language is not clear enough, it could create a complex legal environment for producers of renewable energy who want their electricity to qualify for the RPS.

It’s impossible to say who’s right and who’s wrong. But one thing is for sure: There are many different – often contradictory – interpretations of the proposed law. Given that, it’s uncertain how a court would interpret the law if it passes. Industry representatives like to point out that there’s already enough uncertainty in the market to begin with….

The second ballot initiative is Proposition 10. Under this proposed law, California would issue $5 billion in bonds from its general fund to pay for incentives for next-generation vehicles. According to proponents, this includes plug-in hybrids, battery-electric vehicles and natural gas vehicles. Because natural gas is a big part of the initiative (and T. Boone Pickens’ company Clean Energy Fuels Corp. has thrown a few million behind it), some people see this proposition as the first step toward the national Pickens Plan.

Opponents fear that because there are no cars currently on the road that meet the “ultra high efficiency” requirements laid out in the initiative, the door will be left open for natural gas producers to jump in and take over the market. Indeed, it will be another couple of years before more battery-based vehicles hit California’s roads in full force. In the meantime, natural gas vehicles are ready today.

Proponents say there are more than enough rebates to go around and that fears about natural gas cars crowding out the market are unfounded. With 112,000 rebates unavailable to natural gas or hydrogen fuel cell cars, there’s plenty of room for all technologies to compete, they say.

That leaves the final question, which is whether or not we want to rely on natural gas – a limited fossil fuel – for transportation. The conversation around this question has gained more publicity nationally ever since T. Boone Pickens introduced his plan to the American people. Because of Proposition 10, it looks like California will be the staging ground for the broader debate.

So with all the contradictory arguments being made about what these proposed laws will do to California’s clean energy market, what should you do as a voter? Well, you could start off by reading the ballot initiatives in full. If that doesn’t suit your fancy, there are plenty of resources out there – most notably ballotpedia.org – that can give you more details about each side of the debate.

One this is for certain: The television and radio commercials are going to be coming at you in full force. Resist the temptation to be sucked in by one side’s argument based upon a 30 second ad. If you do a little reading and sort through the arguments, you will feel more comfortable when voting day arrives.

You wouldn’t pick your president based upon a television commercial, would you? Let’s hold renewable energy to the same standard.