Continuing the coverage of new products at Intersolar in San Francisco this week, our team has made some interesting observations.

Lumeta a company that focuses on BIPV (Building Integrated Photovoltaics) showed off two interesting products, one which we covered yesterday was solar panels that mount flat onto roofs with adhesives; we got some close-up shots of these easy to install solar panels. The flat thin solar panels are made for large flat commercial building rooftops. 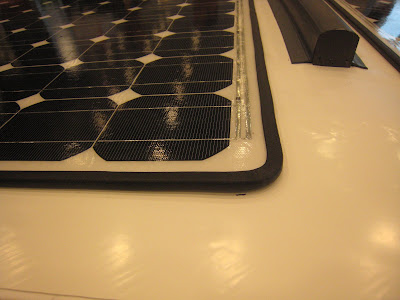 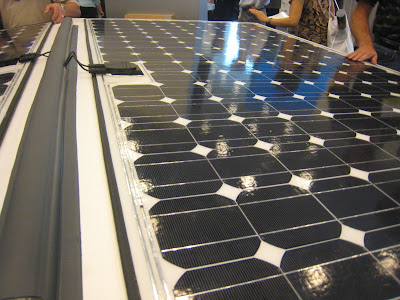 Lumeta has not forgotten the residential folks; aesthetics is often a concern for residential solar panel shoppers which can be mitigated with solar panels that are integrated into roofing shingles. Lumeta showcased a unique solar shingle product line at the expo which caught our eye. 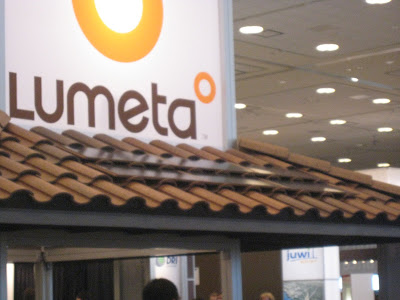 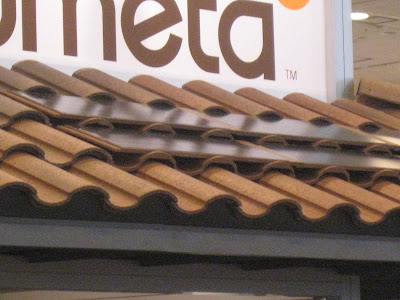 Power Outages / Blackouts are something every solar power shopper wants to avoid when buying a grid-tied solar power system, although in reality grid tied systems go down when there is a power outage. Inverters automatically shut down when there is a blackout because there is no where to send the power generated. Adding battery backup to your grid-tied system is an expensive option because of the upfront cost and ongoing maintenance of the batteries. This typically discourages grid tied solar power shoppers to add a backup battery system. 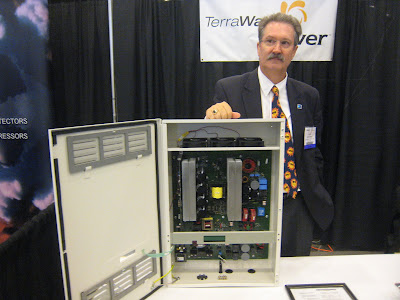